Dedicated, Affordable Legal Counsel
On Your Side From Day One
Set Up A Free Initial Consultation 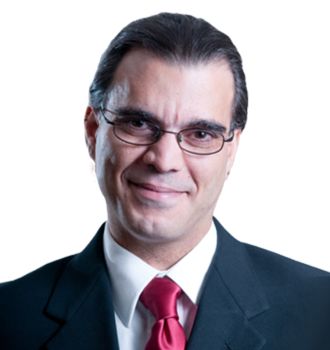 After graduating from Antioch College and moving to Chicago, I completed my MA. While working on my thesis, I became interested in the law. I came face-to-face with the reality that many people who need legal representation don't get it. This can be because of a lack of access, a lack of finances, or a lack of awareness regarding one's own rights.

I received my paralegal degree and worked four years with Klein, Thorpe & Jenkins in Chicago, IL. However, I found that I still wanted a much greater role in the legal system, so law school seemed the obvious choice. While in law school, my interest in criminal law continued to grow, and it was also at this time that I was introduced to child and family law.

During law school, I spent 18 months volunteering at the Cook County Public Defender's office. Here I had the chance, first hand, to see and work with the kinds of clients who have no other choice but to rely on the government for representation. I had the opportunity to play many different roles in the Public Defender's office, including bail hearings, witness questioning, and trial performances.

My interests became centered on representing people who are confronted with governmental restrictions on their liberties: i.e. criminal matters, parental custody battles, children facing possible expulsions. These types of family law cases have some of the highest numbers of unrepresented plaintiffs and defendants, and situations such as division of property or child issues often require representation that is often unavailable.

"I'm driven to make sure that your rights are protected and your future is secure."

I have experience working with individuals facing criminal charges in both drug-related and violent crime, in civil and criminal cases that involve the Department of Children and Family Services, and in local and international divorce and child custody cases. In all of these areas, I have built valuable relationships with judges and prosecutors throughout the Chicagoland area.

I provide aggressive and cost-effective representation for all my clients, including those facing criminal charges and the reorganization of their families. I will ensure you understand all aspects of the legal matter at hand, as well as respect both your personal and financial concerns. Representing and advocating for the interests of those I work for is my number one priority.